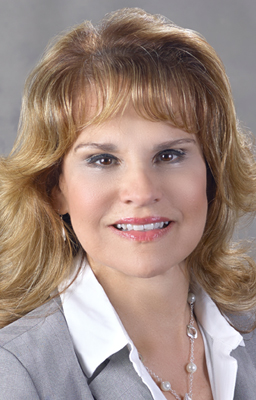 Dr. Ines Triay, is the Executive Director of the Applied Research Center (ARC) at Florida International University (FIU). The Center’s focus is to solve real-world problems in partnership with government and private industry through multi-disciplinary research collaborations within the University’s increasingly talented applied and basic research units. Dr. Triay joined FIU in October 2012 after a distinguished history as scientist and administrator at the Department of Energy (DOE), which includes positions as Assistant Secretary for the DOE’s Office of Environmental Management.

In her role as Assistant Secretary, she led the largest, most diverse, and most technically complex environmental cleanup program in the world with an annual budget of $6 billion, a workforce of more 30,000 federal and contractor employees, and originally involving more than 2 million acres at 107 sites located in 35 states.

Under her vision and leadership, EM made unparalleled progress in cleaning the United States’ Cold War nuclear waste, materials, and facilities at sites across the country, reducing its footprint nationwide by 464 square miles–50 percent of the total amount to be cleaned up under the program when she became the Assistant Secretary. This cleanup was accomplished years ahead of schedule and millions of dollars under budget.

Prior to her appointment as the head of EM, Dr. Triay served as the cleanup program’s Principal Deputy Assistant Secretary, Chief Operations Officer, and Field Manager of the Carlsbad Field Office, where she played a pivotal role in establishing the disposal operations of transuranic waste to the Waste Isolation Pilot Plant in New Mexico.

Prior to coming to DOE, Dr. Triay was a scientist and leader at the Los Alamos National Laboratories for fourteen years where she did seminal work in the areas of environmental remediation and radioactive waste management. In her distinguished career, Dr. Triay has received numerous honors, including the Presidential Rank Award, the DOE Secretary Exceptional Service Award, the National Award for Nuclear Science, and the Dixie Lee Ray Award from the American Society of Mechanical Engineers, among others.