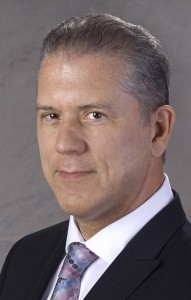 Dr. Roelant received 2 B.S. and 2 M.S. degrees in Applied Math, Nuclear Engineering, and Mechanical Engineering and a PhD in Nuclear Engineering from the University of Michigan. He has worked for academia, industry, government contractors, and at Argonne and Lawrence Livermore National Laboratories. He has also had contracts or been invited to perform research at Harry Diamond Lab (US Army), Naval Research Lab, and the Carderock Naval Surface Warfare Center.

Since coming to FIU in 1999, Dr. Roelant has been PI on over $50M of research from the US Dept. of Energy (DOE), US Dept. of Defense (DoD: Army, Air Force, Navy, & DARPA), EPA, US companies, and the US Nuclear Regulatory Commission. He has led the following research groups at FIU: Sensors, Military Technology, Environmental Science and Technology and Nuclear. He has been a member of several DOE and DoD expert technical panels and groups (Sensors, Remote Sensing, Radioactive Waste Characterization, Site Characterization, Environmental Technology for Radioactively Contaminated Sites, etc.). As a recognized expert he has reviewed over 150 proposals for DOE and DoD.

Dr. Roelant is Director of FIU’s Interdisciplinary Nuclear Research Program whose mission is to transform $4.5M of current specialized