RICHLAND, Wash. – Robot technology is providing new ways to monitor the integrity of underground double-shell waste-storage tanks at the Hanford Site. Under a cooperative agreement with DOE, Florida International University (FIU) recently worked with EM Office of River Protection (ORP) tank operations contractor Washington River Protection Solutions (WRPS) to test a miniature magnetic rover, deploying it at a tank in the site’s AP Tank Farm. “It is always great to see the research that the students… ">

Hanford Collaborates With Universities on Robots to Evaluate Tank Integrity 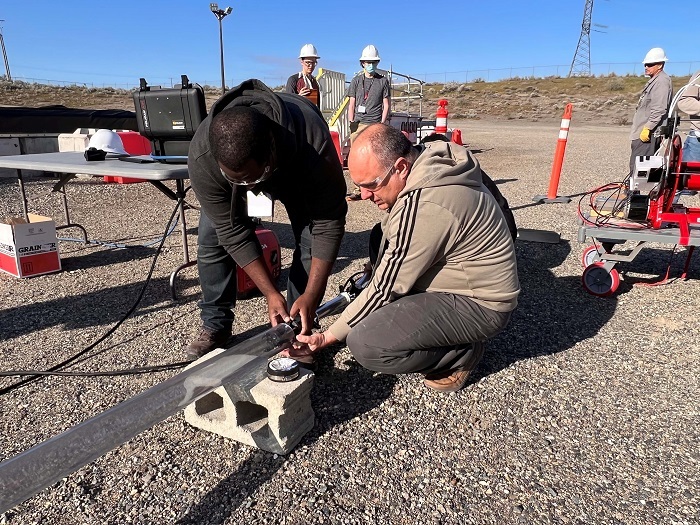 “It is always great to see the research that the students have been performing successfully deployed in the field,” said Genia McKinley, program manager for the DOE-FIU Cooperative Agreement. “It shows the capabilities of our students and the payoff for their hard work in real time.”

The rover underwent rigorous testing at FIU, followed by a final demonstration at a vendor facility in Richland, Washington. The demonstration showcased the abilities of the device and allowed field crews to familiarize themselves with the rover before deploying it over 50 feet deep into air cooling slots in the bottom of the tank.

Crews directed the rover as it shot video of both steel shells of Tank AP-105. The contractor’s tank integrity team will use the footage in their assessment of the structural integrity of the inner shell.

“We get excited about these kinds of projects,” said Glenn Soon, operations specialist with WRPS. “The university’s team worked with us to create this reliable, first-of-a-kind solution for tank inspections. Reaching the point of deploying the mini rover successfully has been very rewarding, and the rover shows a lot of promise for use in our tank integrity monitoring program.” 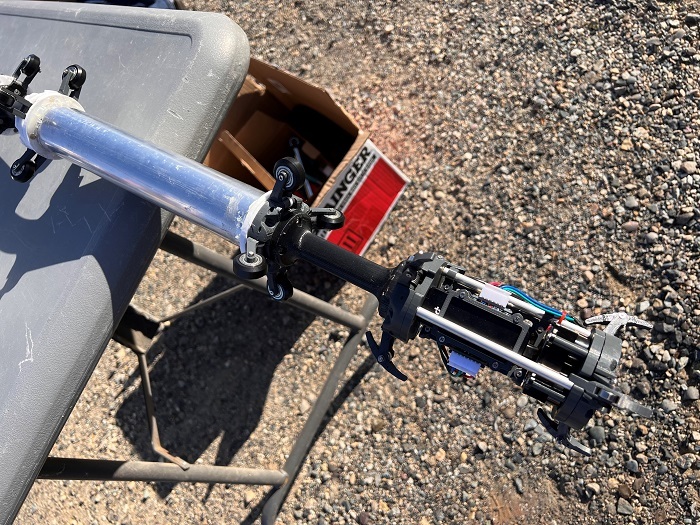 The lead segment of a pipe crawler is equipped with a camera, mock-up radiation scanner and other sensors. A 3D printer was used to help build the crawler. 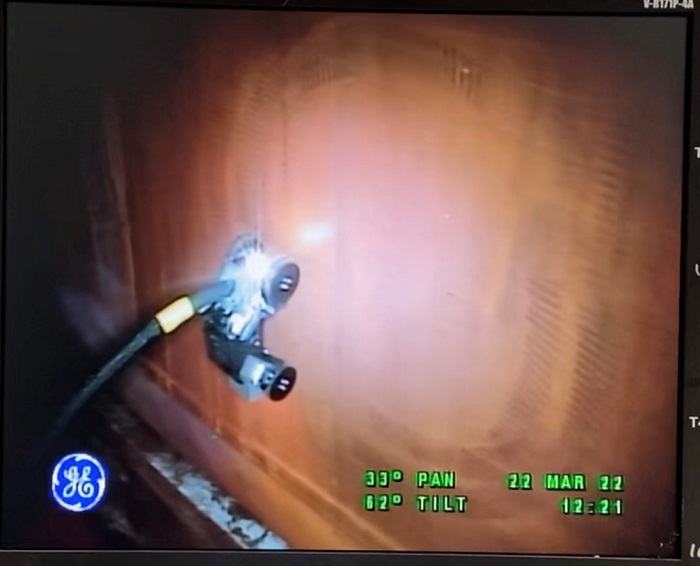 A mini crawler, developed by Florida International University students and faculty, moves along the outside of the inner tank shell on a double-shell waste-storage tank at the Hanford Site.

The mini rover was one of two technologies FIU recently tested at Hanford. The second is a robot called a pipe crawler. It was designed to travel through pipes underneath waste tanks, using air pressure rather than a motor. For the demonstration, the crawler was outfitted with a mock-up radiation scanner unit to simulate future measurements of gamma radiation and a camera to shoot footage for visual inspections.

“We had initially designed this crawler to clean transfer lines, and when we learned that WRPS was looking for a way to survey underground pipes, we retrofitted the design for single-shell tank lateral gamma detection,” said Anthony Abrahao, FIU research scientist. “Students were highly involved in designing and building the crawler. They created pieces of the crawler with a 3D printer and collaborated with students at a university near Hanford to develop a system to deploy the crawler.”

A group of five interns at Washington State University’s (WSU) Tri-Cities campus in Richland designed a cable management system to retrieve the crawler once it completes scanning inside the pipes. The FIU team gave the WSU team design specifications to allow the two systems to work together, and the WSU team came up with a reel that could automatically deploy the crawler at regular intervals without human involvement.

“This was such a unique learning opportunity,” said Misty Lace, a WSU mechanical engineering student. “All seniors have to work on a project, but we were one of the only groups that got to build something with a real-world application, coordinate our design with students on the other side of the country and then come together to test it.”

FIU DOE Fellow Jeff Natividad had roles in creating and testing both robots during back-to-back internships with WRPS at Hanford.

“I love robotics, but I hadn’t considered that it could apply to an environmental remediation task like this,” Natividad said. “I would like to see more students get involved in this kind of project so they can better understand the nuclear industry and the cool career opportunities that are available.”