Dr. David Kadko, Associate Director of the FIU Applied Research Center, is leading a team of scientists on the Geotraces Summer 2015 expedition to study the geochemistry of the Arctic Ocean onboard the US Coast Guard research icebreaker Healy. Follow his journey through the Arctic Ocean here.

Journey to the Top of the World 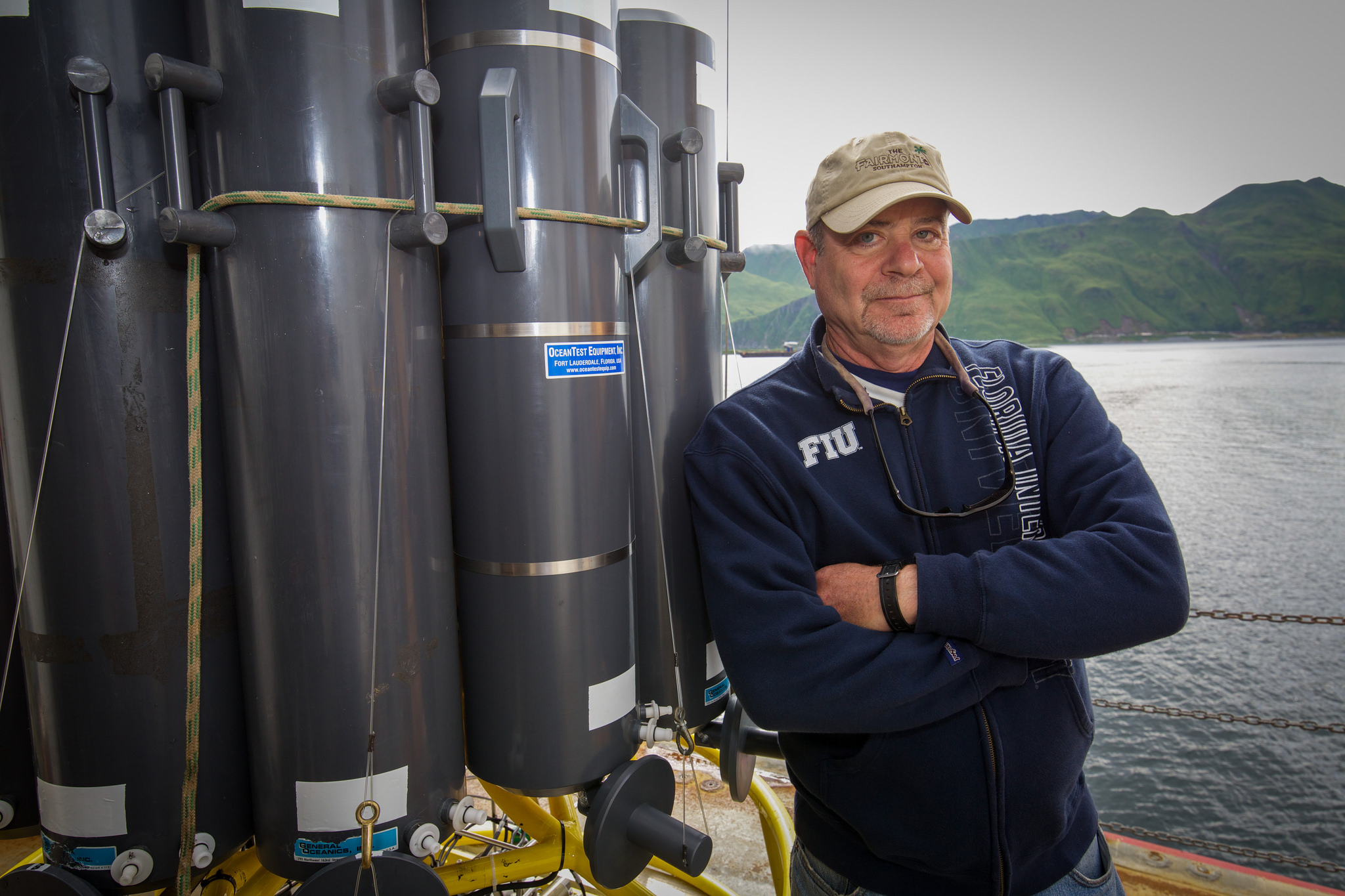 FIU researcher leads team of U.S. scientists on international mission to map geochemistry of Arctic Ocean. David Kadko, a professor and associate director of the Applied Research Center at FIU, was the chief scientist and lead principal investigator of the U.S. team. In this role he led 51 scientists, students and technicians who conducted experiments and collected samples from the ocean, atmosphere, ice, snow and sediments. Read the full expedition…

Welcome Back to Dave Kadko and Mark Stephens! 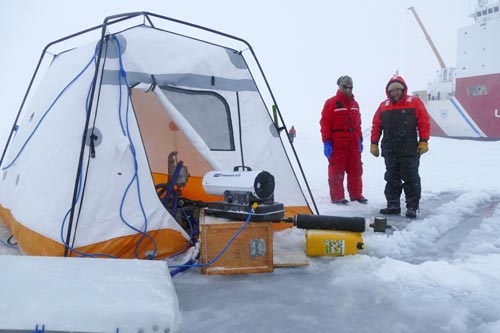 Dr. David Kadko, Associate Director of the FIU Applied Research Center, spent approximately 65 days leading a team of scientists on the Geotraces Summer 2015 expedition on board the US Coast Guard research icebreaker Healy to study the geochemistry of the Arctic Ocean.

Dr. Kadko has 22 days left of the 65 day Arctic expedition 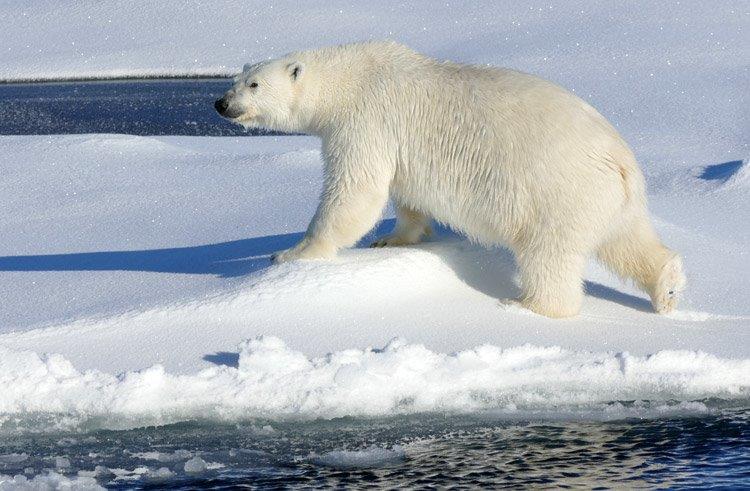 From his perspective: Some days I am so tired I can’t lift my head, but I would do this for free. Working in this environment is challenging as the cold presents problems for equipment and people. But we are having much success and have seen wonderful things. 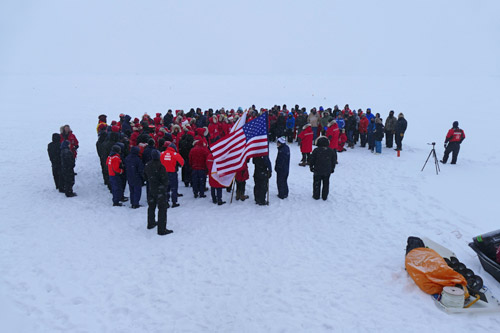 FIU professor and associate director of the Applied Research Center David Kadko and a team of 50 other scientists departed from Dutch Harbor, Alaska, in early August for a historic expedition to the Arctic. Kadko is the chief scientist of the multimillion-dollar U.S. Arctic GEOTRACES initiative, which is part of an international effort to map the geochemistry of the Arctic Ocean. The GEOTRACES team recently completed a 65-day journey aboard the U.S. Coast Guard icebreaker…

The Healy reaches the North Pole 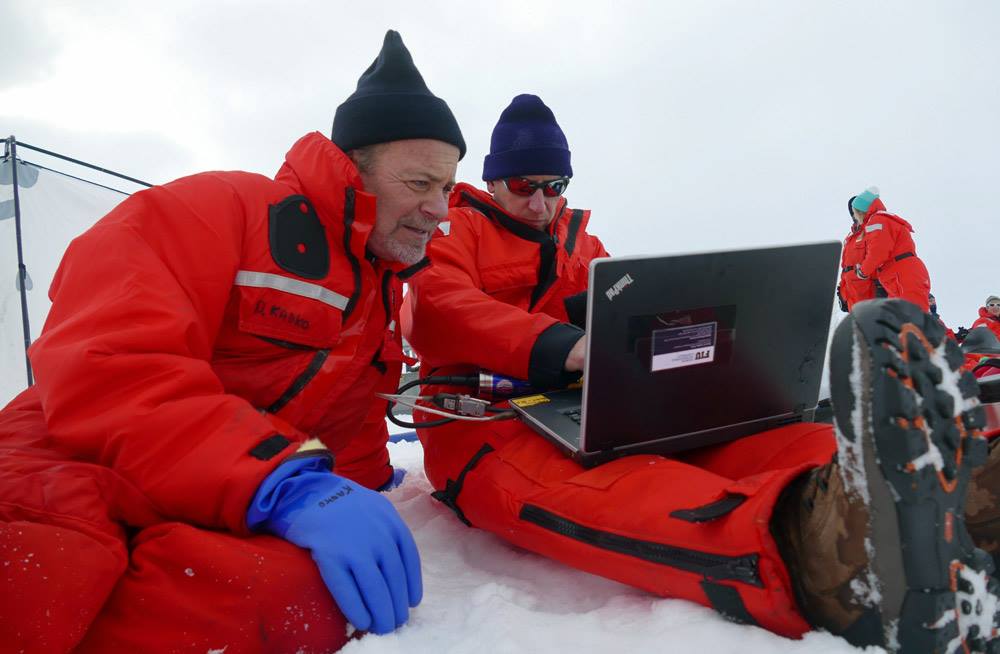 Dr. Kadko and his colleagues on the Healy reached the North Pole on Saturday at 11:47 AM EDT. This is the first time a US ship was able to successfully reach the North Pole unaccompanied. Congratulations to the ship and crew for this amazing achievement! Here are a few interesting pictures of Dr. Kadko and colleagues. 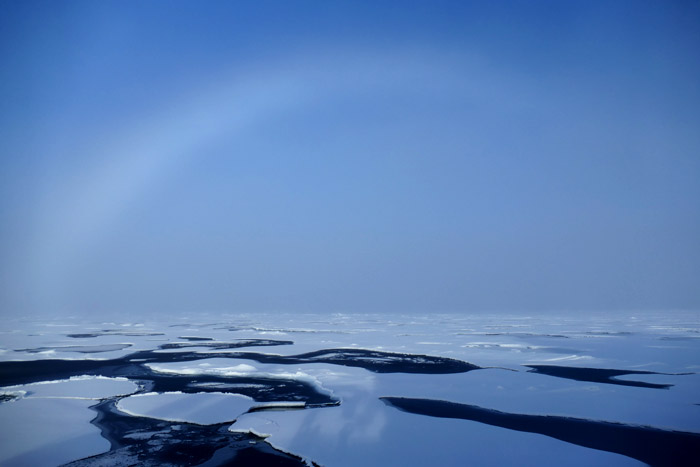 Photos from Dutch Harbor, Alaska, in the Aleutian Islands, where professor David Kadko, Associate Director of the FIU Applied Research Center, is leading a team of scientists on the Geotraces Summer 2015 expedition to study the geochemistry of the Arctic Ocean onboard the US Coast Guard research icebreaker Healy. Full gallery at https://www.flickr.com/photos/fiu/sets/72157657202165050 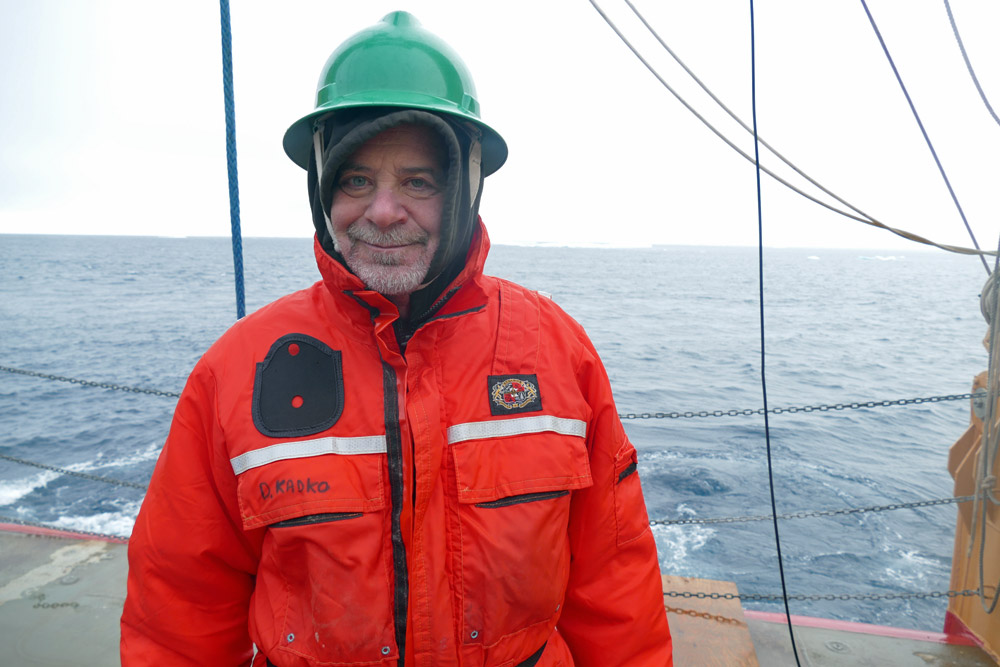 We are at 80 W 175 W. We saw a big polar bear today. We are in ice but the weather is calm and sunny. Beautiful. Dave 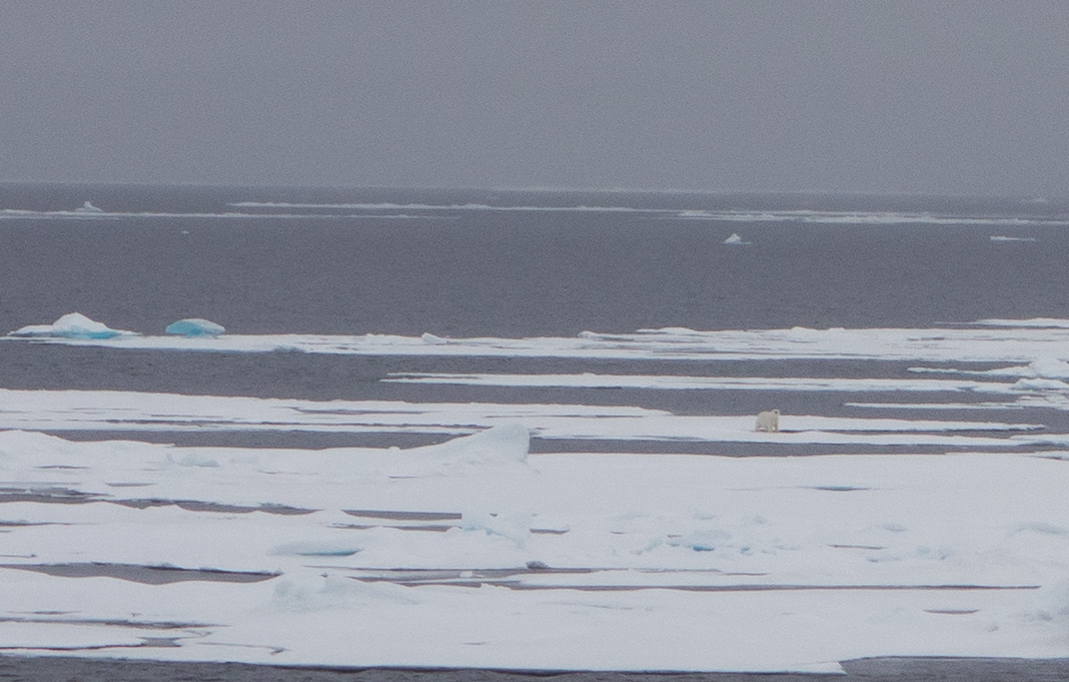 All is well. We saw a polar bear yesterday. See picture, center right. 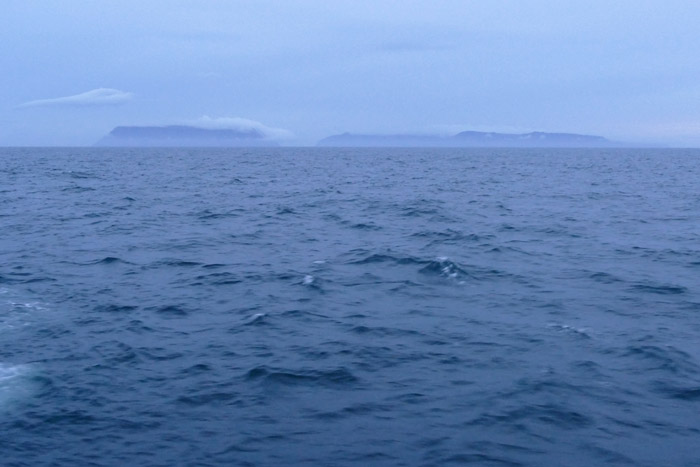 The Diomede Islands, also known in Russia as Gvozdev Islands, consist of two rocky, tuya-like islands: The Russian island of Big Diomede (part of Chukotka Autonomous Okrug), also known as Imaqliq, Inaliq, Nunarbuk or Ratmanov Island The United States island of Little Diomede or, in its native language, Ignaluk (it is also known as Krusenstern Island, though this may also refer to other places) 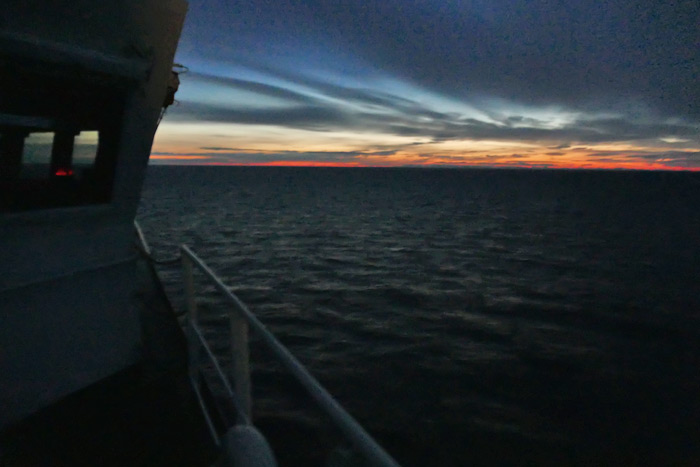 We passed through the Bering Strait yesterday. We saw Russia and heard Russian on the radio. Attached are some pics of scenery (Bering Strait, and work over the side) and cafeteria life. David 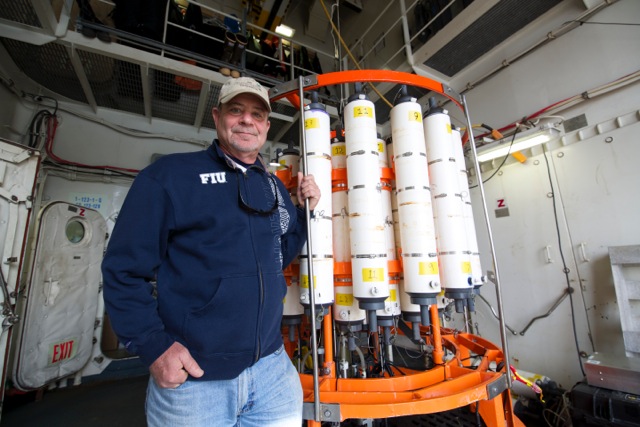 Oceanographer David Kadko has been to the Arctic Ocean several times over the course of his career, but on Aug. 9 he left for one of the biggest undertakings and international collaborations in the history of Arctic research. Kadko, a professor and associate director of the Applied Research Center at FIU, is the chief scientist of a multimillion-dollar U.S. Arctic GEOTRACES initiative. He is leading a team of 51 scientists, students and technicians conducting experiments that will help provide the most comprehensive understanding of the…

Led by a Florida International University (FIU) scientist, a team of researchers will travel to the Arctic Ocean in 2015 to conduct experiments that will contribute to better understanding the effects of global climate change in the region. Established by the U.S. GEOTRACES Science Steering Committee, the U.S. Arctic GEOTRACES initiative will be part of an international, multiple icebreaker effort—provided initially by the United States, Canada and Germany—and will include… 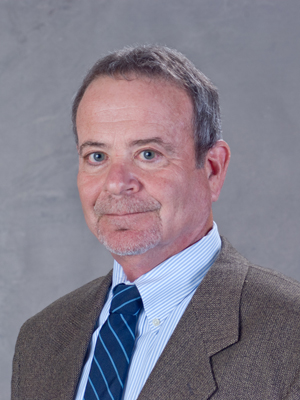