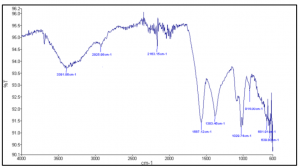 This project (i) investigates the effect of sodium silicate additions resulting in a pH increase leading to U(VI) sequestration, (ii) analyzes the soil and groundwater to verify the removal of U(VI) as well as mineralogical studies relating to the re-oxidation of a bioreduction zone, (iii) determines if the low cost Huma-K amendment can be used to facilitate uranium adsorption to control its mobility in acidic groundwater, (iv) investigates synergetic interactions between humic acid (HA) and colloidal silica that may influence the removal of uranium in the presence of SRS sediments, (v) studies the sorption of humic acid versus pH and studies the effect of HA on uranium mobility through porous media via flow-through column experiments.

The main objectives are to: